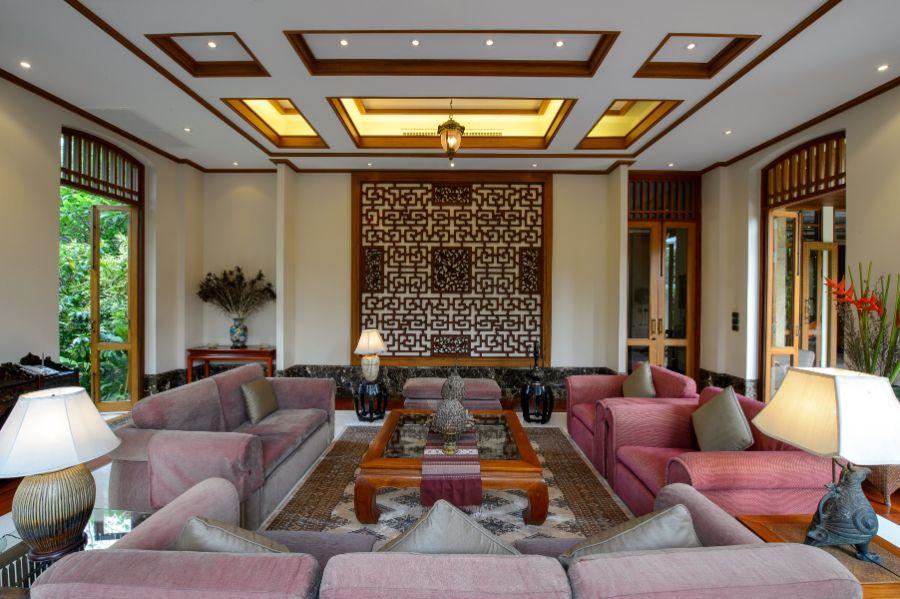 The ABC of accommodation in Bangkok

In Bangkok you can easily find a home of similar quality – or better – than the one you’re leaving behind. The city has modernized quickly in the last decade and many properties are just as comfortable and well-appointed as any I’ve seen in my other hometown of Sydney (I’m never quite sure whether to call Sydney or Bangkok my “first” hometown – I love and know both equally). In fact, many homes here simply blow me away and I’d love to live in them! Others…maybe not so much.

Expats live in a range of accommodation, typically settling on one of four types: a condominium (or condo), an apartment, a townhouse, or a house (often in a gated community). Let’s describe each in detail as there is often confusion over what we mean. For example, an “apartment” can mean different things depending on where you’re from.

Does this matter? Yes.

Bangkok developers have spent the last 5 years obsessed with the only two things of any apparent value in their lives: opulent shopping malls and condominiums. The flashier the better. Vast swathes of street life – usually within a kilometer of any BTS Skytrain or MRT subway station – have been cleared, with one or the other (or even both together) rising from the ashes of Bangkok’s heritage of street hawkers, smelly canals and wonderful chaos and mayhem. Singapore has arrived.

Is this a good thing? Yes, if you’re looking for a clean, convenient home in a modern 40-storey project with a trendy rooftop swimming pool, sauna, gym, small garden/BBQ, play area, parking, wi-fi, cable and 24/7 security, within 209 meter

s of BTS or MRT such-and-such and high-end shopping mall X (you can tell I spend way too much time uploading condos onto my website).

There are older condos but owners tend to renovate them to keep abreast of intensifying competition, so it’s rare to find a “bad” one. Many Thais live happily in a unit for 3,000-5,000 per month but for most expats this is sleeping rough. So no…not so much.

“Expat standard” condos start at a basic studio for as little as 10,000 baht in Ratchadaphisek road, to 50,000 baht for a 1-2 bed condo in Sathorn, to 250,000 baht for an opulent two-storey multi-bed palace in Phrom Phong. And everything inbetween.

Condos have sprung up like daisies (poison mushrooms, did I hear you long-term expats say?) all along Sukhumvit road, Silom-Sathon, Ratchadaphisek and, increasingly, Victory Monument-Ari and even Thon Buri across the river. Basically they’ve followed the development of the BTS and MRT lines and reflect the rapidly changing lifestyles of Bangkok’s thoroughly modern inhabitants, including the influx of expats.

Foreigners can own condos – so long as the total foreign ownership in a project doesn’t exceed 49%. If there is a downside to a condo it’s being at the mercy of an individual landlord, some of whom may own many units and live opulent overseas lifestyles with priorities that don’t include fixing your leaky tap. That’s why I spend so much time building relationships with landlords and making sure you’ve landed a good one. I don’t work with bad ones. Period. Thankfully most are good; and many are excellent.

Utilities are usually paid directly to the supplier.

I can tell an apartment just by looking at it. I’m generalizing a lot here but the units in an apartment block have a similar look and feel and are often renovated rather than new; they are often larger (than a condo) and the furniture and fittings are more robust. The apartment block itself is often older, shorter and stouter (but not necessarily less modern) than a condo, with fewer units in a block.

Because they’re wholly owned, apartment blocks tend to be quite well run and it’s rare that you’re at the mercy of a bad landlord. They’re centrally managed from an on-site office so things tend to run smoothly and leaky taps get fixed in a timely manner. There’s a lot to be said for centralized command and control in Thailand!

They’re often older than condos, and many have been run by established families for over a generation or more, which means apartments can be found in some of the best locations. Presumably a prescient great-uncle bought the land when things like skytrains and the wheel were fantasy stuff and the fortunate forbears have held on to it ever since, or sold out to a large apartment management company. Either way, you do get a level of comfort and service that comes from the owner’s need to maintain a reputation as a business. I like apartments, personally. They tend to have a roomy, more solid feel.

Unlike condos, utilities are almost always paid directly to the apartment owner (or the juristic management company) which usually applies a surcharge as a management fee.

What townhouses lack in width they make up for in height. Townhouses often go up several floors (4 and even 5 is common) so if the kitchen is at the bottom and the TV lounge is at the top then you had better not forget the tomato sauce! The benefit, though, is that they offer a larger total square meterage in a confined urban space, with enough room for maybe 1 or 2 rooms per floor.

Townhouses have a cosy, protected feel about them. Often quite narrow, and attached along several rows as part of a gated community, they usually feature well-appointed communal facilities such as a swimming pool, gym, etc. So if the rarified upper astmosphere of condo living isn’t your thing, and you’ve come to Thailand with lots of furniture and kids and also need to be close to the BTS or MRT, then townhouses could be for you (quality free-standing houses closer to the Skytrain or MRT are another option).

Townhouses are not as numerous as condos or apartments but they’re often close by.

The size and quality of some houses in Bangkok can be a surprise; often better than what expats are used to at home. That’s partly because many new houses in Bangkok are part of modern, well-planned and maintained “gated communities”, often called “compounds” or “Muu Baan” in Thai.

Expats with families – often with pets – prefer living in the secure but quite spacious confines of gated communities where their families can enjoy the communal facilities in a relatively protected environment. Compounds are often located alongside major arteries such as Pattanakarn and Srinakarin roads, with access to expressways and large shopping malls.

The downside (for some) is that they are usually quite far from the frenetic action surrounding the BTS and MRT lines, so they can feel quite isolated if you’re into trendy nitelife and restaurants. That means you need a car, which in Bangkok is a frightening prospect. Don’t get me wrong – I love driving in Bangkok; it’s a lot of fun – but not when your morning commute to work takes two hours or more each way. No, not so much. Some of the world’s biggest parking lots are in Bangkok, which we call expressways.

Expats who live in compounds tend to do so for specific reasons, including:

You can find excellent compounds closer to the BTS and MRT lines but these are often at the top end of the market and budgets of 150,000–250,000 baht per month are not uncommon. Still, there are always exceptions and that’s where I can often help find them.

If you really want an affordable free-standing house near the BTS or MRT then your better bet is to look for individually owned homes. I live in one near BTS Ekkamai, for example, because we have two lively cocker spaniels who can’t possibly live in an apartment or condo. The quality and range of individually owned houses closer to the BTS and MRT is vast and varied. I strongly recommend using a good agent to help you find them (and the right landlord). I recently placed a couple in the most wonderful Thai-style teak house in Sukhumvit 16. It was spacious and beautiful and the landlord is fantastic. They can be found.

Wandee (Lekky) Iamyoung is the owner of 1D Property. She is both a Thai and an Australian. She moved back to Bangkok with her expat husband and their daughter after many years in Australia.